Eleven years ago, Alex Fogg saw his first lionfish in the wild. Immediately, he knew what to do to the feathery-looking brown-and-white fish adorned with a swath of spines that was drifting near a reef.

“I killed it,” he says with pride. “We’d heard about lionfish in my classes at the University of South Carolina, but I had only seen them in photos.

“In 2008, there was very little research or information about them, except that they were an invasive species with the potential to upset the ecological balance of marine life and reefs.”

Alex has made lionfish his life’s work, writing a string of research papers about everything from the reproductive life history of the destructive fish to lionfish parasites and the rise of lionfish derbies in the Gulf of Mexico.

Native to the warm waters of the South Pacific and Indian Ocean, lionfish were first reported offshore Broward County, Florida, in 1985. They are now well established in the western Atlantic Ocean, Caribbean Sea and Gulf of Mexico.

Lionfish have invaded waters as far north as Cape Hatteras. A small number have been spotted in waters off Massachusetts.

“Lionfish are the perfect invader,” says Kali Spurgin, lionfish outreach coordinator for the division of marine fisheries management of the Florida Fish and Wildlife Conservation Commission. “They are highly reproductive, have huge appetites and are adaptable to a wide range of environments. That’s why it is so important to continue the work of removing them aggressively.”

Lionfish are eaten by various fish, but not enough to keep the growing population under control.

With the ability to produce as many as 30,000 eggs every four days, lionfish have quickly spread, overtaking reefs and feeding on virtually anything that crosses their paths.

“Lionfish are not picky at all about what they eat,” says Kali, who works with FWC’s formal programs to reduce the lionfish population. “They can consume prey that’s half their body length. When we’ve examined their stomach contents, we’ve found stone crabs, blue crabs, juvenile grouper and snapper, and other economically and ecologically important species.”
Alex calls them garbage disposals.

“They will eat anything and everything that comes into their path, as long as it fits into their mouth,” he says. “They are generally lazy and will not aggressively seek food. They wait around reefs and eat fish that swim past them.”

“This year, we were able to offer $10,000 to the dive team that brought in the most lionfish, and $5,000 each for the largest and the smallest lionfish,” Alex says. “Admittedly, our cash payout is higher than most, but considering the costs of fuel for a boat, air for tanks, chartering a boat, transportation to the derbies and other expenses, any money is a help. But this is not a way to get rich quick.”

This year, the event was headquartered in Destin. The Emerald Coast Convention & Visitors Bureau hosted the Emerald Coast Open to coincide with the festival. Divers from around the world brought in more than 14,000 lionfish during the two-day event.

“Our goal is to educate people about lionfish,” Alex says. “From capturing and killing as many lionfish as possible to letting people know how tasty they are, the festival and tournament are helping get our messages out. It’s contributing to reducing the number of invasive lionfish in our waters.”

“Each year, our participation and catch rate has increased,” says Jessica Garland, coastal management coordinator for the public works department of Martin County in Stuart. “In the past nine years, divers have brought in 3,694 of them—the biggest measuring 15 inches when laid out flat, and the smallest the size of a quarter.”

During the Martin County event, area restaurants serve lionfish on their menus. Some say it tastes like hogfish or snapper.

“People enjoy it prepared as sushi, ceviche, fried or broiled,” Alex says. “It would be ideal if we could create a way to harvest them on a larger scale. It would give the native species (other fish) a break to rebuild their numbers and provide a novelty seafood to the marketplace.”

Experts emphasize that contact with lionfish is not lethal to humans.

“I’ve not heard of a human being killed by lionfish,” Jessica says. “I’ve been stabbed numerous times and it really, really hurts, especially if the fish is still alive. Sometimes people’s hands will swell to the size of a softball or cantaloupe, but the swelling will go down.”

She says reactions depend on each person’s tolerance for the venom, and whether the fish is alive, freshly killed or has been on ice for a while.

Treatment includes applying hot water to the wound, taking an antihistamine or visiting an urgent-care facility if the condition worsens.

“Many people wear heavy gardening gloves, if they don’t have SCUBA gloves,” Jessica says. “People who clean them to eat know to clip off the spines first to protect themselves from being stung.”

Since 2009, more than 40,000 lionfish have been removed through derbies sponsored and sanctioned by REEF.

“In addition to providing an incentive for the removal of large numbers of lionfish and increasing public awareness, derbies offer an open and optimistic platform for divers, fishers, managers and scientists to work together and learn from each other,” says Alli Candelmo, invasive species program manager with REEF. “This collaboration is vital to improving management and control of this invasive species.”

REEF also presents invasive species programs and marine education training at its headquarters. Its work is supported in part by grants from the National Fish and Wildlife Foundation and the National Oceanic and Atmospheric Foundation, through the Fish and Wildlife Foundation of Florida, Whole Foods Market and others. FWC also provides financial assistance to groups hosting tournaments.

In the past five years, lionfish derbies and other programs in Florida have resulted in the removal of nearly 530,000 lionfish, according to the FWC.

“While this figure is impressive, it is really only a fraction of the lionfish in our waters,” Kali says. “As a department, we are encouraging even more communities and groups to host tournaments.”

FWC offers a number of ways communities can become involved in lionfish education and awareness. Groups can book a “Become the Predator” workshop. Teachers can introduce the invasive species through “Lionfish: Classroom Invasion,” which includes an on-site dissection with a presentation.

The FWC initiated a Lionfish Challenge annual campaign that runs from Lionfish Removal and Awareness Day in mid-May through Labor Day, with cash prizes donated by sponsors for people who collect the largest and smallest lionfish.

The rules and forms are at FWCReefRangers.com. Participants photograph their catch and submit the photos to the website to win prizes.

“For people who regularly dive, this is another way to reduce the lionfish population,” Kali says. 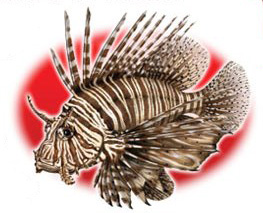 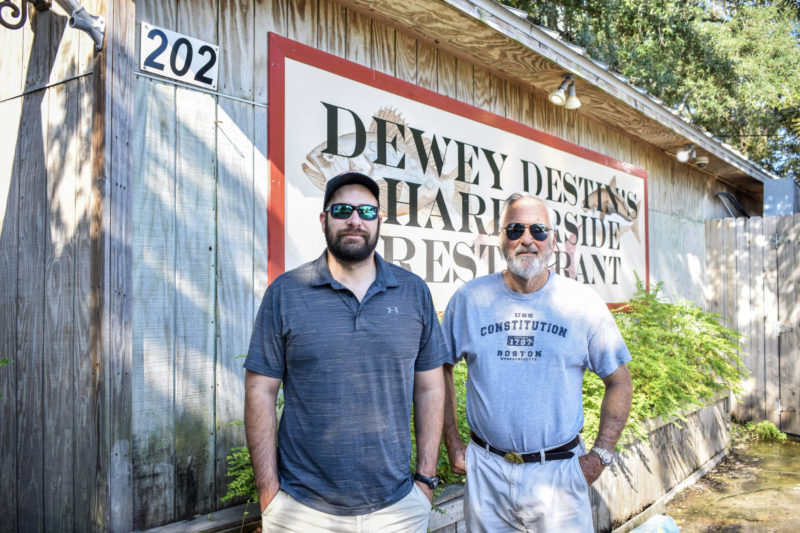 A Tasty Treat for Diners 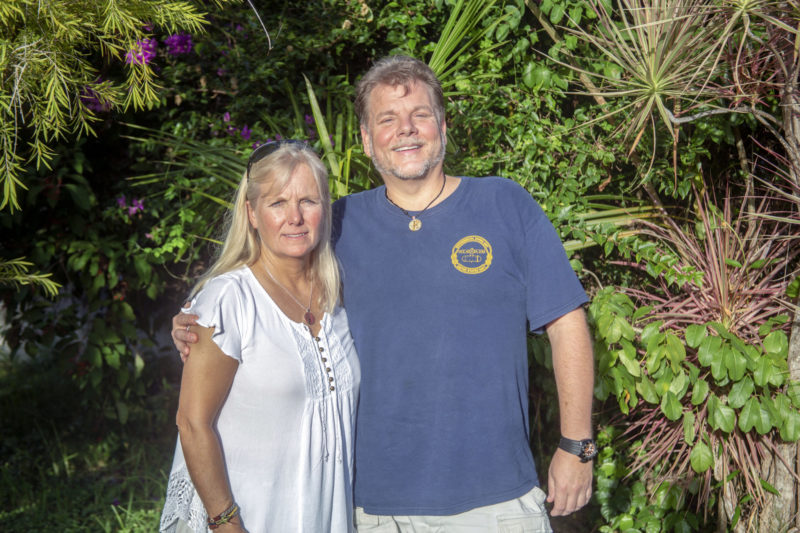 Lionfish Art Is More Than Jewelry