When we turn on a light or plug in a phone charger, we receive electricity from a complex web-like network of equipment. Power plants, power lines, substations and transformers all communicate and work in tandem to deliver the right amount of energy when and where we need it. Together, these wires, switches and related equipment are known as the electric power grid, or just “the grid.”

As the grid was being built in the late 19th and early 20th centuries, electric utilities operated in isolation. The power plants that popped up from coast to coast consisted of large, centrally located generators that delivered electricity in one direction to the communities that needed it.

In time, the grid became more interconnected and efficient. It has provided safe, reliable and affordable electric service for more than a century. Much of the time we don’t even notice it is there.

But the grid’s equipment and infrastructure are aging, and our needs are changing.

With a growing population, advancements in technology and many new electronic devices, we consume substantially more electricity than we used to. Electricity use today is more than 16 times greater than it was in the 1950s—and we expect more information and feedback about our energy consumption.

We also see new sustainability initiatives and a rise in renewable, more variable, energy sources located closer to their points of use. We also have to combat the threat of mounting physical and cyberattacks, and manage and respond to changing weather patterns.
These developments are pushing the grid to do more than it was designed for and have forced it to evolve and modernize.

Similar to phones, thermostats and watches, the grid is getting smarter. Advanced instrumentation and technologies such as relays, sensors and switches have become more affordable and are being added to our grid’s existing network, enhancing communication, adaptability and efficiency. The result is a bidirectional system that supports energy consumers, communities and utilities, as well as environmental and economic efforts.

Benefits of a smart grid include:

The rise of the smart grid has coincided with and been supported by emerging technologies such as battery storage, renewable energy, smart meters and advanced metering infrastructure, self-optimizing networks and electric transportation. Although these technologies are not new—electric vehicles have been around for more than a century—their growth today is especially impactful because they are able to enhance a grid that is now capable of effectively harnessing them.

The arrival of these emerging technologies on the grid also has supported development of custom-designed microgrids: independent electric systems. The miniature grids use local energy resources such as solar arrays and battery storage to control equipment and help power a defined area, such as a building, campus or community.

These systems are becoming more popular, and for good reason: They can increase grid reliability and resiliency; ease periods of peak demand, when consumer demand for electricity is high; act as a testing ground for new technologies; and provide an alternative source of generation and storage to reduce power supply costs.

North Carolina launched a microgrid in electric cooperative territory in 2017 with a diesel generator, Tesla batteries, a rooftop solar array on the diesel plant, thermostats and water heaters that can be coordinated by the cooperative and a controller that pieces it all together.
The combination of supply-side and demand-side components provides flexibility, and can improve performance and speed recovery during a loss of power.

Alaska’s cooperatives have deployed dozens of microgrids—many featuring networks of wind turbines—to ensure remote communities have reliable power under the harshest weather conditions. Some communities are so rural a microgrid is the only way to serve them.
It can be easy to take for granted a ready supply of electricity, but the grid is truly a marvel of engineering. It has been able to evolve with the changing needs of society. The transition to a smarter grid with emerging technologies will allow for even more reliable, safe and affordable service. 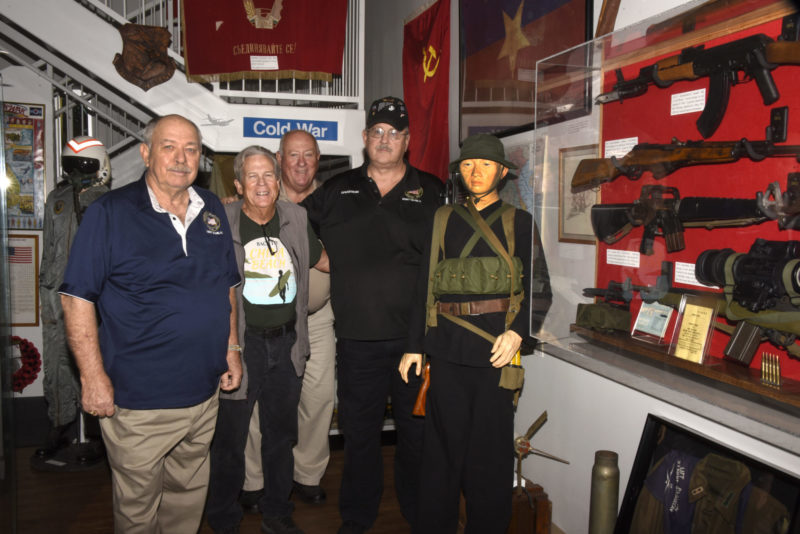 Area Bounces Back From Hurricane Michael

A New Plant for the Panhandle

Jonathan Susser is a writer and editor for Advanced Energy, a nonprofit energy consulting firm.