Regardless of the cause, when any part of a tree contacts a power line, the result is the same: loss of electrical service and compromised public safety.

At $1.76 million a year, vegetation management is the largest single line item in the budget of Lane Electric Cooperative, based in Eugene, Oregon, says Tony Toncray, operations manager.

“In 2001, we realized we needed to look deeper into our tree program,” Toncray says. “We had not been clearing our rights-of-way, and it was causing problems. We added staff, and began a three-year rotational trimming schedule.

“We know some trees grow faster—cycle busters—so we drive our system every year looking for those. We now are gathering data about the species in each right-of-way and entering it into a database.”

A minimum of three and up to four contract crews work year-round in Lane’s territory.

“We want to keep the lights on,” Mettke says. “If trees don’t get into the lines, we have less outages—and with less outages, we spend less on overtime for line crews. It’s buying an insurance policy, essentially.”

NLI has two year-round contract tree-trimming crews and a full-time tree foreman. From April through October, that balloons to five to six aerial crews and two to three ground crews that clean up debris or grind stumps.

Trees along the system’s 1,570 miles of overhead line are trimmed an average of every five to six years, although faster-growing areas are visited more often, and crews are redirected as new hazards are discovered.

“During a storm, people are more willing to have their trees trimmed,” Mettke says. “They want their power on.”

“Now we are inspecting at ground level, but we are gearing up to begin drone inspections this year,” Holley says. “We will be able to look down on structures to detect problems.”

One contract crew works year-round trimming trees. LMUD personnel each spend about a month a year doing inspections and related work. A 20-foot area is brushed clear of vegetation around the base of all poles with equipment mounted overhead in high fire danger zones every year so sparks have nothing to ignite.

As part of its state-mandated wildfire mitigation plan, LMUD plans to extend easement width clearing from 50 feet to 200 feet where possible to provide better protection from windstorms and serve as a fire break.

Wildfire is a serious concern. In 2018, the Whaleback Fire—suspected to have started from lightning—burned 18,703 acres, closed portions of Lassen National Park, forced evacuations and destroyed LMUD’s 125-pole Eagle Lake distribution line. A portable generator provided power to the area for months while the 6.5 miles of overhead line was replaced with 10 miles of underground wire.

Although PG&E was ruled responsible for wildfires because it failed to correct maintenance issues it had tagged, “nine of 10 wildfires are manmade or naturally occurring,” Holley notes.

As part of its mitigation plan, LMUD is expanding the capabilities of its computer monitoring and control system. Rather than automatically fixing a fault during fire season, a crew checks the line before it is re-energized.

The mutual insurance company buys reinsurance to mitigate its risk—and in the wake of PG&E’s proposed $24.5 billion settlement of all wildfire claims, reinsurers have little appetite to write policies for utilities, Irwin says.

When talking to reinsurers, Irwin says he emphasizes the difference between PG&E and publicly owned utilities, where staff live in the communities they serve and problems are much more personal.

Drought, more dead trees and an extended fire season mean trimming is not only the law, but it is the right thing to do, Toncray says.

“It’s important to keep public safety as our highest priority,” he says.

If you see a tree problem, please contact your utility. Most have a program to replace removed trees.

Prevent Problems: Plant the Right Tree in the Right Place

Trees beautify homes and property, and can lower utility bills if planted in the right spot. But care should be taken with trees near power lines. Outages are caused by trees or limbs falling on lines. Restoring power is expensive. So is trimming trees.

Before planting trees, bushes or shrubs, look up to see where overhead power lines may conflict with their growth. Remember: A 2-foot-tall fir seedling will grow more than 100 feet tall and 30 to 50 feet wide.

After you have looked up, look down. Planting over underground utilities can result in outages when tree or shrub roots grow into the lines, or in a potentially deadly shock if you dig into buried lines.

An Expression of Hope 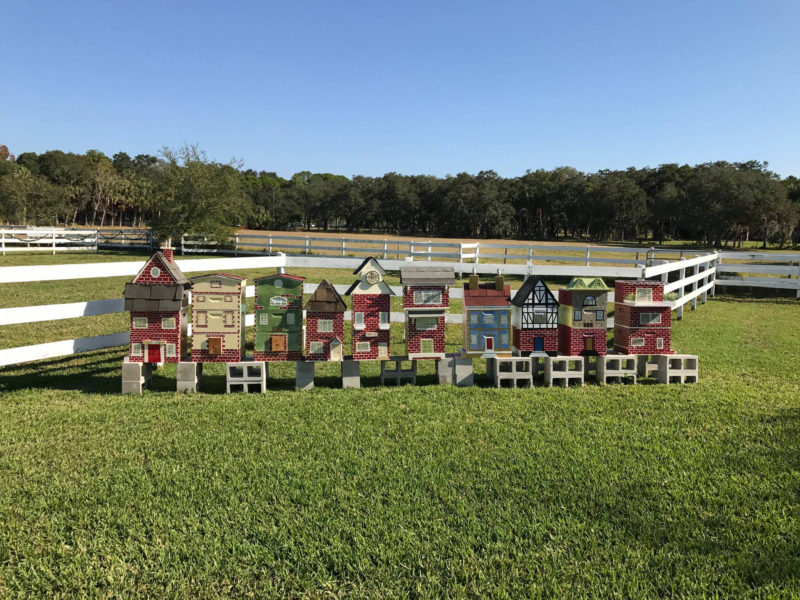